Small gestures of solidarity on the March for Rights, Respect and Fair Food

The Coalition of Immokalee Workers' March for Rights, Respect and Fair Food has now been going on for over a week and covered over 100 miles of Florida highway. A large contingent from Denver Fair Food is participating in the March - some of us have already returned from Florida, some of us are still marching and some of us will be joining the other marchers shortly.

Go to the web page for the March for Rights, Respect and Fair Food for all the information you'll need on this historic action.  There you'll find incredible photo reports, press accounts, inspiring videos and more.

Rather than duplicate updates of those on the march, we thought we might try to share the perspective of the thousands of bystanders who have witnessed the March as it slowly progressed through their cities.  The response from those witnesses has been an overwhelmingly positive one - overwhelming not just in terms of numbers but truly the small displays of solidarity shown by ordinary people has at times left the marchers overwhelmed with pride and joy and gratitude.

Everywhere the March has traveled, despite being inconvenienced by backed-up traffic, despite probably being otherwise contented customers of Publix supermarkets, despite most likely never having themselves worked a day in the fields in their lives, people from all walks of life have demonstrated their support through honks, waves, cheers, claps and thumbs up as workers, and consumers, journey toward Publix headquarters seeking rights and respect.

Without further ado, here is a glimpse of but a few of the many everyday people who have expressed their solidarity: 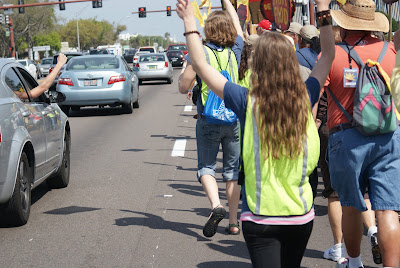 There's this person with the awesome "solidarity fist"; 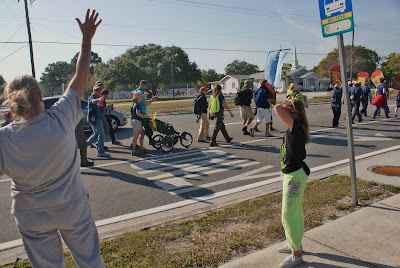 this woman at the bus stop who enthusiastically waved and clamped the whole time the march passed; 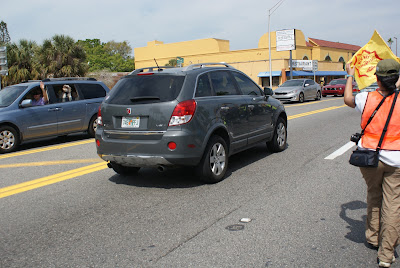 the woman on the far left and her dog; 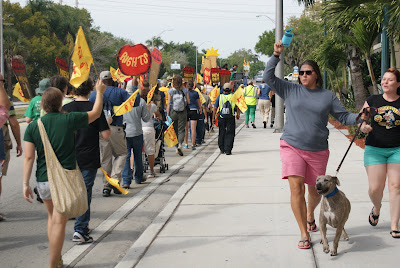 and this woman and her dog; 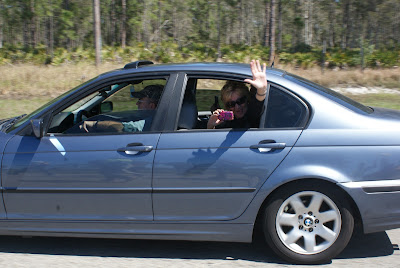 this woman who recorded the scene with her smart phone; 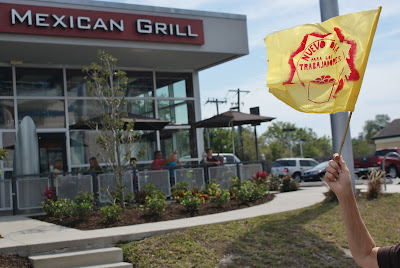 these folks who were enjoying lunch at the most recent company to join the Fair Food Program; 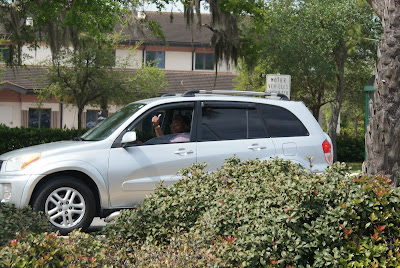 this woman with a strong thumbs up; 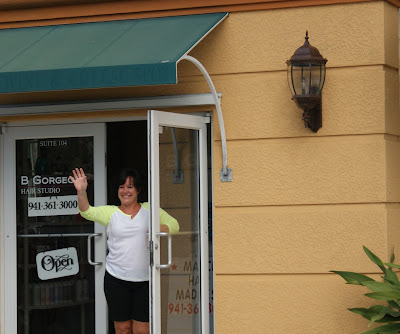 this hair stylist who took a few minutes from her day to say hi; 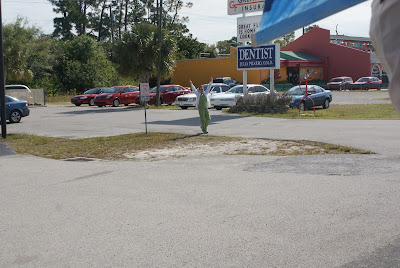 this person from a local dentist office; 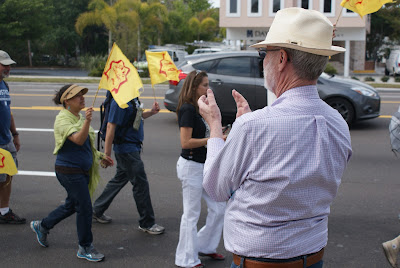 this guy who was admiring a nearby art exhibit before turning his admiration to one of the most beautiful social movements of our day; 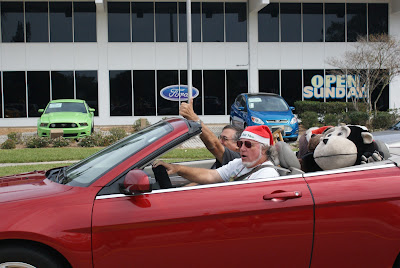 and last but not least Santa Claus, his friend, and a giant stuffed chimpanzee.
﻿
In all seriousness, though, these small gestures on the part of those who presumably have little or no knowledge of farmworkers' struggle point to something profound.  Perhaps it is an intuitive recognition of what Kandace Vallejo, a long-time ally of the CIW in the Campaign for Fair Food, articulates in her recent reflection on the March: "I’ve spent years learning that though our struggles are not the same, they converge. I am tired of a life dominated by corporate logos and individual alienation. Although North American culture prioritizes personal gain over collective responsibility, I refuse to believe that we have to reiterate such values through our relationships and lifestyles. This movement has shown me that we don’t."
Posted by DFF at 12:17 AM