Denver, We Did It! Chipotle signs agreement with CIW to join Fair Food Program!

Denver, we did it! After many long years of struggle and the participation of so, so many people from Denver in ways both large and small, Chipotle Mexican Grill has finally signed a Fair Food Agreement with the Coalition of Immokalee Workers! There is so much more to say, so much gratitude to express, so much pride, so much celebration!
For now though, Check out this announcement from the CIW.
While there will not be a march this Saturday at the Cultivate Festival, plans are in the works to instead hold a protest at King Soopers, part of the massive Kroger supermarket chain and another target of the CIW's Campaign for Fair Food.
And there will also be a celebration Saturday night!
Stayed tuned for updates. Thank you everyone! -Denver Fair Food 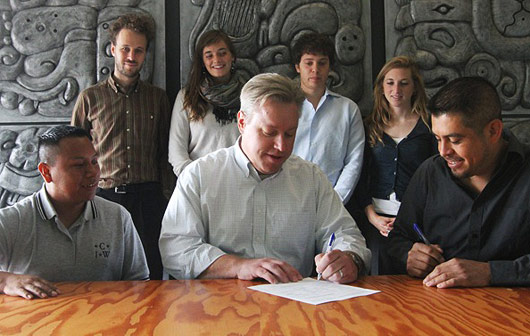