Celebrating a victory while continuing to call on Chipotle... 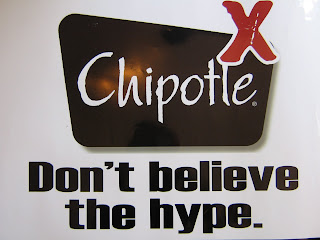 East Coast Growers and Packers -- one of Florida's largest tomato growers -- has agreed to work with the Coalition of Immokalee Workers and food industry leaders to implement the CIW'S Fair Food agreements, including the penny-per-pound raise to harvesters, supply chain transparency, and a stringent code of conduct! This is a major victory in the Campaign for Fair Food and for all of us in Denver who have been working in solidarity with the CIW. In many ways it represents the culmination of the over 15 years of struggle by the CIW -- what may very well be a turning point in Florida farm labor power relations.

This major breakthrough was made possible by the growing purchasing power that the CIW in alliance with consumers nationwide have marshaled behind the principles of the Campaign for Fair Food -- the more than 65,000 restaurants across the country represented by Yum! Brands, McDonalds, Burger King, and Subway that are now committed to buying from growers that work with the CIW to implement the penny per pound wage increase, code of conduct, and farmworker participation in the monitoring system. Ultimately it was the collective purchasing power of those food industry giants that broke the two-year old logjam created by the Florida Tomato Growers Exchange's resistance to the CIW's campaign.

Furthermore, thanks to the CIW's Fair Food agreements, these companies will be working in partnership with the farmworkers of the CIW in a transparent manner in order to ensure that the farmworkers are receiving the wage increase and that the code of conduct is being followed.


Last week, before the agreement with East Coast could be made public by the CIW or any of the other parties involved, Chipotle issued a press release claiming the agreement as the product of its labors alone.

Chipotle, rather than make a transparent, formal commitment to work with the CIW to implement a real code of conduct and the penny per pound wage increase, has seized instead on this latest news in an effort to score cheap public relations points. Indeed the only thing transparent about Chipotle's surprise press release was the brazenness of their decision to take sole credit for something it couldn't have accomplished on its own in a million years.


Just do the math.


Total market share of companies in formal agreements with the CIW, agreements that commit those companies to buying from any participating grower: over 65,000 restaurants.


While Chipotle may have been involved in a multi-party process that brought about the East Coast decision, there is no disputing the fact that Chipotle was -- by far -- the smallest piece of the puzzle. And yet, Chipotle was the only company to jump out alone and shout from the highest mountain, "Look what I did!"

Looks like someone might have been a little too eager to wash over the public relations mess left behind by the "Food, Inc." fiasco. Unfortunately, no amount of grandstanding can substitute for real reform.


To be clear: Chipotle still has not signed an agreement with the CIW to pay the penny per pound and has not agreed to work with them to implement a code of conduct which would guarantee farmworkers the ability to participate in the protection of their own rights. There is no way for the CIW to verify that Chipotle is even paying the penny per pound, as there is no agreement on regular reporting or transparency.

East Coast's agreement to work with the CIW is something we should celebrate -- while we continue to call on Chipotle to do the right thing. (See the CIW website for all the latest.)
Posted by DFF at 10:35 AM