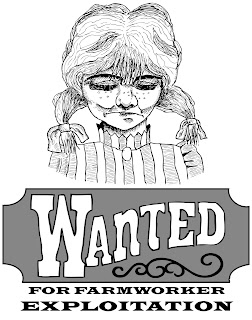 From SumOfUs.org:
Sign our petition to Wendy’s: Join the Fair Food Program and protect farmworkers’ rights!
For the last 20 years, there’s been a quiet revolution in the tomato fields of Florida. A group of immigrant farmworkers called the Coalition of Immokalee Workers (or CIW) has been organizing to eradicate human rights abuses, like wage theft, sexual assault and in extreme cases, modern slavery which once ran rampant in the tomato industry, and improve working conditions and wages for people who pick the tomatoes we eat. They’ve made incredible progress, but now Wendy’s is standing in their way.
Most of the largest fast food chains, including McDonald’s, Subway, Burger King, and Taco Bell have all signed on to the CIW’s Fair Food Program. They have agreed to pay an extra penny per pound of tomatoes to raise wages and only buy from fields where workers’ rights are respected. Wendy’s is lagging behind the rest of the industry and is refusing to sign the agreement, despite being asked five times since 2007.
Farm workers and their allies are planning to march in the lead up to Wendy’s shareholder’s meeting in New York on May 18, and we want to make sure they can bring along a huge petition to show than consumers are behind them. Last year, the SumOfUs.org community helped push Tra we know that big corporations listen when farmworkers and consumers stand together.
der Joe’s and Chipotle to join the Fair Food Program, so

Sign our petition to Wendy’s: Join the Fair Food Program and protect farmworkers’ rights!
There’s no excuse for Wendy’s refusal to sign on to the fair food agreement. The program adds an additional 1.5 cents per pound of tomatoes raise wages, guarantees improved health and safety measures, and implements a complaint system that allows workers to safely report grievances and get fair arbitration. Wendy’s management has the know-how to implement the program -- CEO Emil Brolick ran Taco Bell when that fast food giant signed the agreement after a historic boycott. Wendy’s is dragging its feet refusing to support the unprecedented changes taking place in Florida's fields today, recently heralded in the Washington Post as "one of the great human rights success stories of our day"
Worse, Wendy’s is misleading the public about the way it purchases tomatoes. It says it buys produce through a non-profit cooperative that ensures that workers are treated fairly. But the “cooperative” is simply a bulk purchasing system controlled by Wendy’s, and its stated purpose is to “provide more favorable pricing” to Wendy’s, not to protect workers from poverty wages and abusive conditions. Meanwhile, the “cooperative” isn’t accountable to workers at all, and Wendy’s has remained silent in the face of demands to disclose any enforcement mechanisms behind its toothless code of conduct.
Wendy’s need to know that consumers see what it’s doing, and that we’ll hold it accountable if it keeps burying its head in the sand.
Before the Fair Food Program launched, tomato pickers faced some of the worst labor conditions in the country without any effective form of recourse. But the CIW’s approach is working, and it’s been internationally recognized for its unprecedented success in protecting human rights. An advisory committee to the White House cited the fair food agreement in a report on the eradication of human trafficking as “one of the most successful and innovative programs” in the world today in the fight against modern-day slavery, and the United Nations has sent observers to study the program.
Tell Wendy’s to sign the fair food agreement and get on the right side of history.
*********************************
More information:
Old fashioned is right!, Coalition of Immokalee Workers, January 2013
"Fair Food Program helps end the use of slavery in the tomato fields" The Washington Post, September 2012
Posted by DFF at 10:33 AM