The Spring Blitiz for Farmworker Justice was a series of three actions calling on Quiznos to work with the Coalition of Immokalee Workers to help ensure fair wages and human rights for the workers who harvest Quiznos' tomatoes. Without further ado, we'd like to share some photos the second and third actions:

Action 2: Return of the Tomatoes! 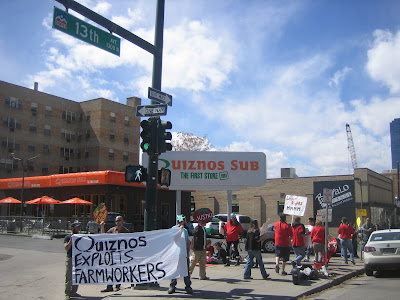 Our second action witnessed the return of an outraged group of Florida tomatoes who want to see justice for the workers who pick them. 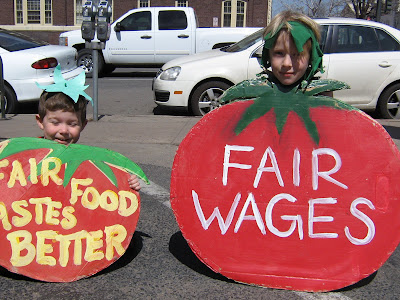 Particularly exciting was the participation of a ton of youngsters like these to cherry tomatoes... 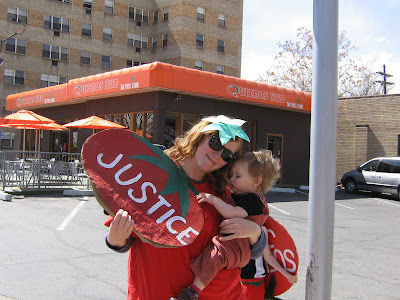 And this young person who hung out on the picket line with Mama Tomato... 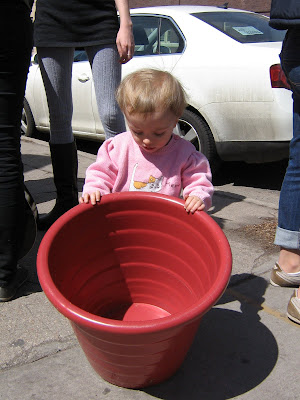 Or this kiddo who contemplated what it would be like to have to fill and haul a tomato bucket which weighs more then him when full! 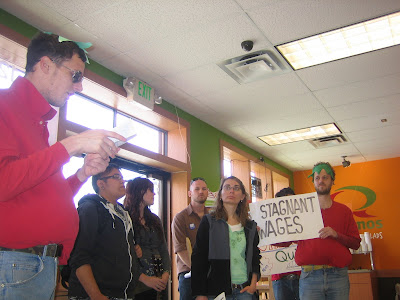 The rally ended with a one of the tomatoes giving a powerful speech inside the Quiznos restaurant, declaring to Quiznos: "Your complicity in the exploitation and abuse of the humble soul who so gently plucked me from the vine that nurtured me is nothing short of shameful." Full transcript and video are forthcoming! 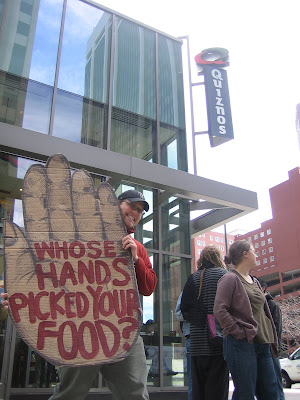 This protest, taking place on the birthday of the late farmworker organizer Cesar Chavez, was the debut of some beautiful new protest art. As musician, artist, actor, film maker and long time activist in the farmworker movement of the '60s and '70s Luis Valdez said, "one of the most importants weapons - instruments - in any cause, in any movement, in any strike is the picket sign." 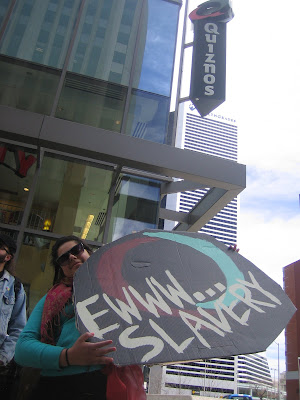 Some of the new art riffed off of Quiznos' marketing slogan pointing to the distasteful reality that has made possible Quiznos' toasty subs. 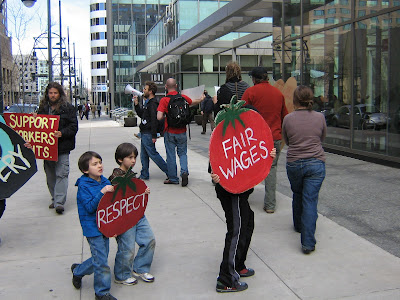 While unfortunately the remembrance of Cesar Chavez has too often fallen into uncritical hero worship of a single individual, the amazing movement - in which Chavez was instrumental - was only possible do to the collective actions of thousands of farmworkers, students, people of faith, consumers and other allies.